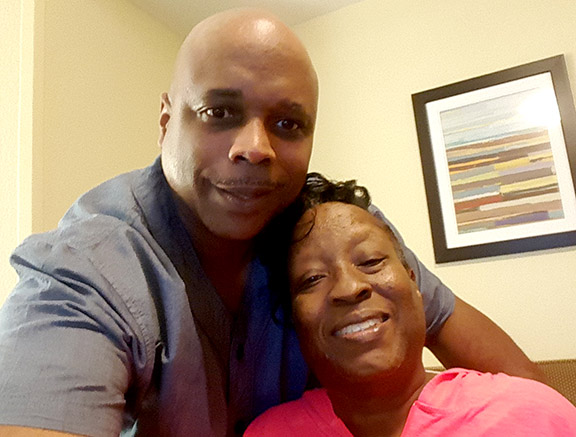 Ralph Walker has been teaching lifesaving skills with EMS Safety since 2015. He knows the students he has certified may be called into action at any moment. What he didn’t expect was to be called upon to use his training to save one of the most important people in his life: his wife.

On July 5, 2016, Ralph’s family was vacationing in Virginia. It was a normal day, and they decided to catch a movie. Shortly after finding their seats in the theater, his wife appeared to fall asleep. According to Ralph, a quick snooze wasn’t unheard of for his wife. However, Ralph just felt something wasn’t right. He began nudging her, attempting to wake her. She did not respond. In this moment, he knew something was seriously wrong.

Ralph’s training immediately kicked in. He sent his sister to call 911 and took control of the situation. While giving commands and calling for help, Ralph recruited a bystander to assist. They carried his wife into the hallway and began looking for signs of life. She wasn’t breathing. Ralph began CPR.

Fast forward to now. Ralph’s family is back in California WITH his wife at their side. She spent 4 months recovering and continues to work toward recovery every day. Ralph credits his EMS Safety training for preparing him to respond to a highly stressful and emotional emergency situation.

EMS Safety has awarded Ralph with our SHINE (Special Helper in an Emergency) Award, recognizing his heroic actions during an emergency. Ralph’s immediate and confident response, ultimately, saved the life of his loved one.