Many of us might already be familiar with Hank Gathers. Projected by most media outlets to be the first overall pick of the NBA draft in 1990. Captain of what many consider the most entertaining college basketball team, EVER. Only the second person to ever lead the NCAA in both scoring and rebounding in the same season. Those that don’t follow basketball may have seen Final Shot: The Hank Gathers Story when it was initially released in 1992, or perhaps when it was re-released on DVD in 2006. Others are familiar with the 30 for 30 episode that ESPN produced in 2010.

However, for countless others, Hank and his story is now a footnote in the back of our minds, or we were never familiar with his story at all. On this day, 26 years ago, Hank Gathers, who was on top of the world, collapsed and died on the basketball court. Hank, #44, was a 6’7″ forward at Loyola Marymount University. Hank lead his team to an unimaginable tournament run in what is arguably the most notable Cinderella story that March Madness has ever experienced. But, unlike the folk tale, this story didn’t have a happy ending.

On March 4th, 1990, LMU was playing Portland in the West Coast Conference tournament championship to advance into the NCAA tournament. Hank’s mother, aunt and other family members were in attendance. Hank Gathers had just scored off of an alley-oop slam dunk and started to run back down the court to play defense. Suddenly, Hank collapsed at half court.

Hank attempted to sit up, then tried to get to his knees. He was instructed to lay back down and did. He then lost consciousness. Hank was removed from the gym on a stretcher where they took him outside the gym and used a defibrillator on him. The defibrillator was purchased by the school for Hank, due to his heart condition they discovered months earlier when he collapsed during a home game. Hank was shocked several times and CPR was administered outside the gym. It was announced later that Hank Gathers passed away at the hospital.

If you’re familiar with Hank Gathers, you also know Bo Kimble. Bo Kimble was a 6’4″ guard at Loyola Marymount University. He was a great friend and teammate of the late Hank Gathers. The dynamic duo grew up in Philadelphia together, enrolled in USC as a pair, and then when the head coach at USC quit, transferred to Loyola Marymount together. Bo was a superstar in his own right, and that year was drafted #8 overall in the NBA draft by the Los Angeles Clippers. Bo went on to play professionally for the Los Angeles Clippers and New York Knicks.

But, in 1990, after the untimely death of his friend, Bo and the rest of the LMU team went on to the NCAA tournament. In one of the most heartfelt gestures in sports’ history, Bo Kimble shot left-handed free throws in honor of Hank, who had been shooting his free throws left-handed. The team rallied around Bo and Hanks’ memory, and made an unfathomable run to the Elite 8, captivating the country in the meanwhile.

Bo Kimble, since retiring from basketball, began a foundation to honor Hank where he would help teach CPR and AED importance to young students and athletes. Bo has been an EMS Safety Services Instructor since May, 2011, and provides classes across the state of Pennsylvania and surrounding area.

Bo Kimble sat down with us to discuss the anniversary of Hank’s passing as well as his foundation and goals. 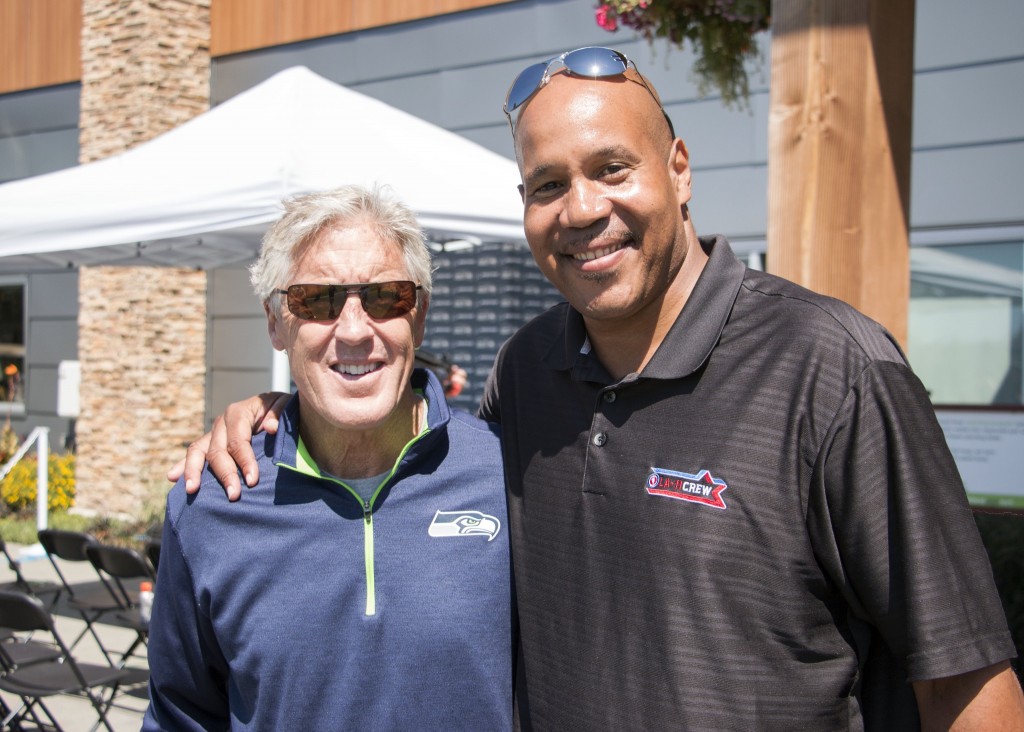 44 for Life is your foundation. What is your mission?

To decrease Sudden Cardiac Arrest deaths, and make AED’s available everywhere by 2020. We also recommend that children get screened with echocardiogram and electrocardiogram between ages 5 and 18. To date, 44 for Life has helped save the lives of 10 children by providing both the tests. We’ve done several screenings with Children’s Hospital of Philadelphia, and are continuing to search for other hospitals to partner with throughout the nation.

Can you tell us about your friendship with Hank?

Hank was my childhood friend, we loved and respected each other as brothers. We brought out the best competitive nature in each other and made each better. In addition, our mother’s became best friends. The best basketball days of my life were my experiences at Dobbins Tech High School, USC and Loyola Marymount with Hank. Hank was the one the on that inspired me to want to lead the nation in scoring, because he did. There will never be a friend funnier than Hank was. I still think about him every day. And the rest is history.  I am forever grateful to be linked with him. Hank Gathers was an extraordinary athlete, but he was a better person. His death was not in vain. He revolutionized the sports world so that all professional and most college teams now carry AEDs, saving hundreds to thousands of lives as a result. 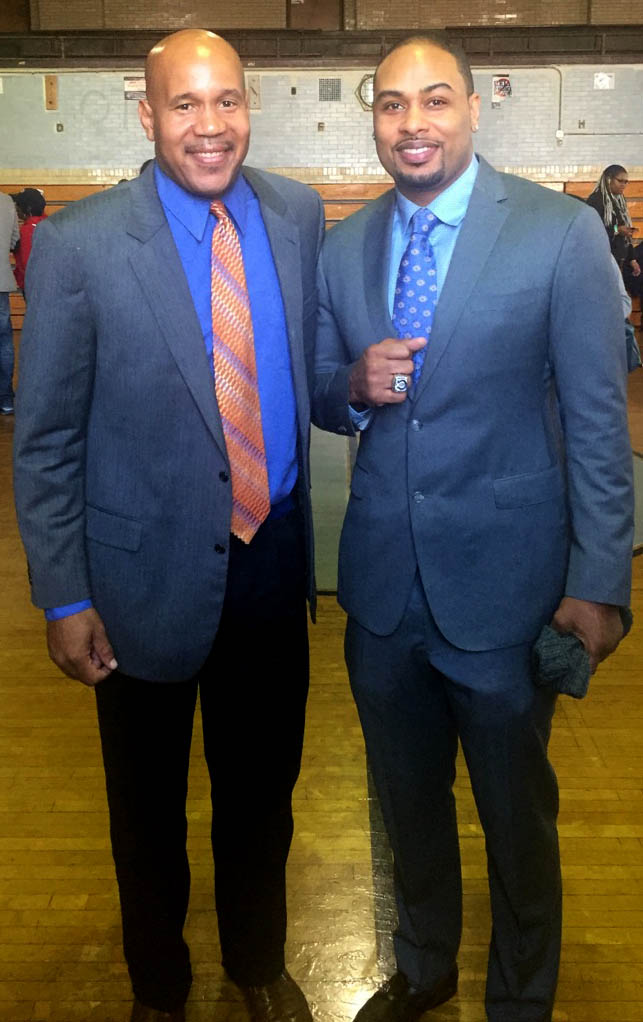 What does Robert Carter mean to your foundation?

Robert died in front of me at a YMCA game, and this is the event that sparked me to start 44 for Life. One time, with Hank, was more than enough, but twice was the limit. I was upset that I didn’t know CPR, but afterwards I started 44 for Life so that if it ever happened again I would know how to save a life. And I think that every person, every family should own an AED and know CPR.

What does Michael Gable mean to your foundation?

Michael was a musician in Southern California who died the same way that Hank did. His foundation, the Michael Gable Foundation, has helped saved many lives as well.

What does Wes Leonard mean to your foundation?

Wes was a 16-year-old superstar quarterback and point guard in Highland, Michigan. He died after scoring a game-winning shot in a basketball game of the same affliction that claimed Hank’s life. Afterward, I drove 16-hours to support his family and his team. I was moved by the extraordinary strength of his family, who also run the Wes Leonard Foundation in West Michigan. I spent one week in Highland after the passing, through his funeral, and it was easily one of the most rewarding experiences of my life. To see the family go from pain and suffering to strength and normalcy due to the strength of his family; that was one of the most rewarding experiences I can imagine. I went there to support him, but his family ended up helping me open up my eyes. At that time I clearly understood my motivation for my foundation.

Why did you become a CPR Instructor?

When Hank died, there were doctors and professionals there, and it didn’t seem as though there was as much I could do. When Robert Carter died, I realized that we can make a difference, and that’s when I took action. I was one of three people fanning him with a towel until the paramedics came 5 minutes later. But he didn’t need fanning, he needed CPR. That’s when I said it was unacceptable for Bo Kimble to not know CPR, and that’s when I started my foundation. You don’t want my experience to be your experience. Every parent that has a child, sign up for CPR now. Every family that can afford an AED, buy one now. Don’t let my story become yours. And help us make a difference by supporting this campaign and the 44 for Life Foundation.

What is your ultimate vision for 44 for Life, EMS Safety and www.heartsmart.com?

My goal is to turn 44 AEDs and 44 CPR classes donated to 44,000, or higher, and start a campaign that never stops because it will save lives. This is the way that God chooses to use me, and I accept and embrace it.

How can people help?

Please donate by calling 484-905-2505. We desperately want to save lives and are in great need of financial support to help realize our goals throughout the nation.

EMS Safety is working closely with www.heartsmart.com, Bo Kimble and his foundation, 44 for Life, to try and help donate 44 AEDs and 44 CPR classes. You can help make a difference by supporting the cause by just taking a couple seconds out of your day to show your support on Facebook, which can be read about here: http://www.emssafetyservices.com/44-for-life/