[alert_box style=”info” close=”no”]Below is a story from Curt Batie.  He describes his near-death experience and the actions that saved his life – and could help save others in similar situations. His story emphasizes the importance of calling 911 quickly with the onset of life-threatening symptoms. Curt’s story originally appeared in the FAA’s official employee publication. Please read and share Curt’s story.[/alert_box]

I’m writing this in mid-August, 2015. Many of those who initially read it will already be familiar with the events, but in the hope that it gets distributed widely and reaches those who are not, I’ll include a description of what happened.

During the very early morning hours of July 6, 2015, in a special trauma ambulance racing between Mansfield Methodist Hospital and the Harris Methodist Trauma Center in Fort Worth, I bled out, coded, and died.

Obviously, they were able to resuscitate me. It took miracle upon miracle, but I made it and I’m on my way to recovery. It is an incredible story of all the people who went to such heroic lengths on my behalf, but that story is not the purpose of this message. Rather, it is to give a real-world example of decisions, actions, and consequences, and to hopefully prevent someone else from coming as close to the edge as I did, or worse.

The event began right before bedtime, around 10 p.m., on Sunday night, July 5. While reading in bed, I suddenly began feeling severe pain throughout the right side of my chest and abdomen, from waist to shoulder. At that point I had roughly 20 to 25 minutes to take action to positively affect the outcome. I beat the deadline — pun intended — but with literally only seconds to spare.

Several days earlier I had had a bout of bronchitis. Between a steroid shot, antibiotics, and prescription cough medicine, I was almost recovered, but still had a bit of a cough remaining. While not certain, the doctors believe that coughing caused old scar tissue adhesions within my chest to tear loose, causing severe internal bleeding. (The old scar tissue may have been from other bouts of bronchitis over the years.)

To me, at the time, it felt like the worst gas pains I’d ever experienced and was accompanied by a lot of belching, so my first thought was food poisoning. The pain was severe enough that I considered, but quickly dismissed, the possibility of a heart attack. It was all on the right side, and I could feel the “gas pains” move around as I changed position. Much of the pain was also low in my torso. 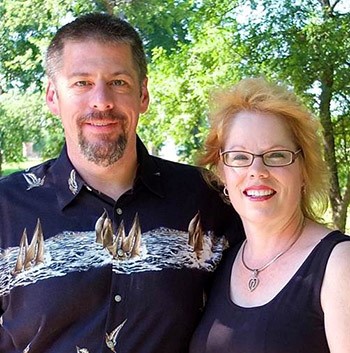 My wife asked if I needed to go to the ER, but I didn’t even really consider it. I thought if I could just get some relief from the “gas pains” I’d be able to sleep it off and would be okay in the morning; after all, food poisoning usually doesn’t last that long. I took some antacids and they seemed to help momentarily, so my wife volunteered to run out to a nearby pharmacy and pick up something that might provide more relief.

While she was gone the pain worsened. Laying down became unbearable, but sitting up was slightly more comfortable, so I went into my home office, sat at the computer, and did a search for heart attack symptoms. I found the Mayo Clinic website and assured myself (again) that I wasn’t having a heart attack, so whatever it was I’d be okay soon. Within a few seconds, though,
I got very light-headed and dizzy. I got my cell phone and called my wife on hers. No answer, so I left a message that maybe she should come home and take me to the ER after all. (Unfortunately it was one of those cell phone glitches that happen sometimes; her phone never
rang, and my message showed up two days later.)

At that point things went downhill fast. The dizziness and light-headedness increased to the point where I thought I would black out — or maybe I actually did black out momentarily. I came round half slumped over my desk. Through a haze I reasoned that if my wife came home and found me passed out she’d never be able to get me into the car for transport to the ER. She’d have to call an ambulance, so I might as well call and get one on the way.

Many minutes later than I should have, I finally dialed 911. The dispatcher was great: he got my address, made me repeat it, and asked the nature of the emergency. I said something about a possible heart attack and told him I felt like I was about to pass out. At the time, saying heart attack seemed simpler than trying to describe all the actual symptoms. He kept me talking and I gave him my wife’s cell phone number and asked him to call her.

While talking to him, I foolishly made my way to the closet to get dressed. I got a pair of shorts and t-shirt in hand, but by then was reeling and staggering to stay upright. The dispatcher urged me to go unlock the front door. I told him we had big dogs, so he asked if I could make it out to the front porch. I realized I could dress or try to make it to the door, but not both. I remember finally realizing that this was a real emergency, so still grasping my clothes I made it out to the front porch in my underwear just as the fire truck arrived. Fortunately, there is a fire station within a mile of our house.

I stood there as the firemen came to the porch, which seemed to take forever. I told them about the pain, that I felt like I might pass out, and that I needed to lean against the wall for a minute. The next thing I remember is sitting on the ground propped against the wall with firemen and EMTs starting to load me onto a gurney. My wife was there, and she was preparing to follow the ambulance.

From that point it’s only flashes of memory as I drifted in and out of consciousness. I remember going over the lake in the ambulance, the bumps of the bridge expansion joints were very painful. I remember thanking the EMTs and apologizing for being such a bother. In brief flashes I remember being unloaded at the hospital, being put into an MRI, and the EMTs and firemen wishing me well. I woke up once to find that my daughter had joined my wife, and later, to find my sister-in-law there as well. I remember telling them I loved them.

And that’s all, until a week later.

For the next week I was in a coma, and it was pretty much a nightmare for my family and friends. There at the hospital in Mansfield the doctors had seen the MRI results and immediately realized the situation was beyond their capabilities; my entire chest cavity was filled with blood and both lungs were 85 percent compromised. As an emergency stopgap, they put in a chest drain tube to keep me from asphyxiating, and my wife and daughter watched as most of my blood gushed onto the floor of the ER. Even the doctor and nurses were shocked. They had summoned a special CareFlite trauma ambulance, which at that time of night was as fast as a helicopter, but had the advantage of being large enough to contain a full operatory. They worked on me all the way to the trauma ER at Harris Methodist while the driver kept my wife distracted.
He did well; she didn’t realize I had bled out until a nurse accidently let it slip a few days later.

Once at the trauma center, I was rushed into emergency surgery while the hospital staff cautioned my family that I was in very critical condition and might not make it. A few hours later a second surgery was needed — this one even riskier because I hadn’t stabilized from the first. My family was informed that my odds this time were less than 30 percent, and the hospital staff offered to send for the chaplain. My wife, bless her, responded that there was no need for a chaplain, I was going to live.

The adult male human body holds about eight units of blood; they put 15 into me that night, at times squeezing the bags because it was coming out faster than going in. Obviously I made it through the surgeries, but their nightmare wasn’t over. For the next couple of days things were very touch and go, and they continued to prepare my family for the possibility that I might pass at any time.

On about the third day they began cautioning my wife that my body might live but that brain death from a lack of blood/oxygen was a real possibility, and that decisions might have to be made. More days passed and an EEG showed that I had brain activity, but being in a coma and unable to respond to stimuli, they couldn’t tell how much. 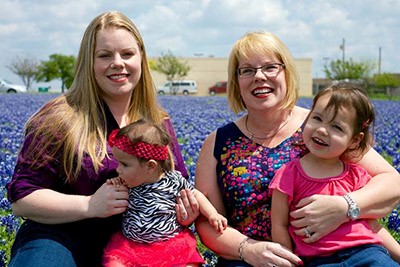 My wife was informed that it was very likely that I would be significantly impaired, perhaps down to the level of a 10-month-old, though it was possible I could re-learn a little over time. On
Saturday, July 11, they began bringing me out of the coma, but I responded very slowly, heightening everyone’s fear of brain damage. It wasn’t until Sunday that I more or less woke up and everyone realized that I might eventually be okay.

This might all seem overly dramatic, but it’s actually just the tip of the iceberg, just enough to describe what happened and give some sense of the hell that my loved ones experienced. The entire series of events was miraculous enough that word spread throughout the huge Harris Methodist hospital complex, and they see it all. We lost count of how many nurses, technicians,
specialists, and staff we encountered from all parts of the hospital that all wanted to know,
“You’re the guy? The one they brought back?” In the month since, I’ve made good progress toward recovery, though there is still a long way to go. We’ve been told complete recovery will probably take a year or so, but at least the outcome is no longer in doubt.

This has been very difficult for me to relive and to write down, and it’s taken the reader a while to get to this point, which finally gets to the purpose of this article. That purpose is to spread this message: If in doubt, any doubt whatsoever, get medical help right away. If you have the slightest suspicion that it could be an emergency situation, treat it as if it is one. Act immediately because you don’t know how much time you have or how rapidly the situation might deteriorate. Above all, do everything you can to ensure that your loved ones won’t have to go through what mine did — or worse.

If you’re ever in a situation where you’re wondering if it’s appropriate to dial 911, quit wondering — just pick up the phone and dial. In the words of one of my doctors, don’t act like a man. Don’t try to walk it off or rub dirt on it. If you call 911 and it turns out not to have truly been an emergency situation, what are you out? Some time and an ambulance fee, most of which will be covered by insurance. But if you don’t call right away and it is an emergency, you risk everything. I had at least 20 minutes to act, but was literally within seconds of waiting too long. Please don’t let that happen to yourself or those you care about.