Stroke treatments using a new generation of blood clot removal devices are showing significantly improved outcomes that could benefit about 60,000 people per year. Treatment is still dependent, however, on early recognition of stroke symptoms.

Two studies released this year show a major improvement over the previous generation of blood clot removal devices, when these devices are combined with early recognition of symptoms and clot-busting medications. Study results are being hailed as a “paradigm shift” in stroke treatment. They were so successful that both trials ended early when it became obvious that dual therapy was far superior to clot-busting medication alone.

One type of clot retrieval device suctions up a blood clot. Two other types of clot retrieval device use a stint to open the vessel and capture a clot in a mesh pouch. These stint devices use an expandable wire-mesh system that collapses and is inserted into the brain’s blood vessels through small flexible tubes (microcatheters) which are guided from the groin to the brain. The devices expand at the site of the clot, immediately restoring blood flow to the brain. When the devices are withdrawn from the blood vessel, they take the clot with them.

Stroke treatments are still only effective in the first few hours. Stroke victims should be transported to a stroke center within three hours after the onset of symptoms. Call 911 immediately for any signs of stroke. 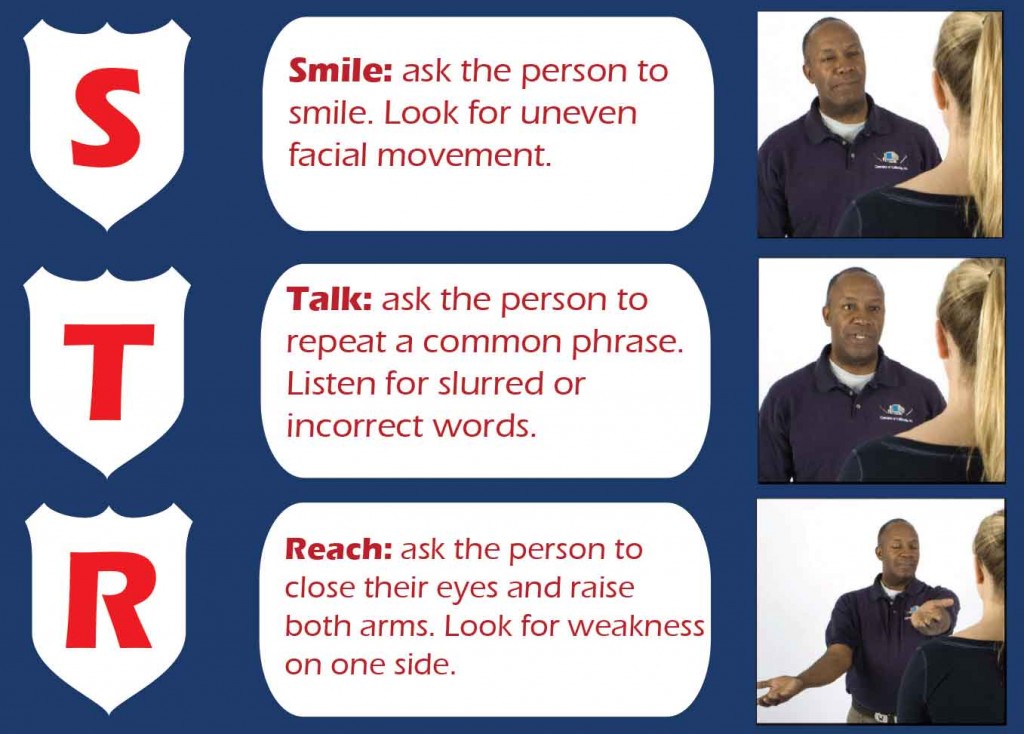 *Talk: Ask the person to repeat a common phrase. Listen for slurred or incorrect words.

*Reach: Ask the person to close his or her eyes and raise both arms. Look for arm drift or weakness on one side.