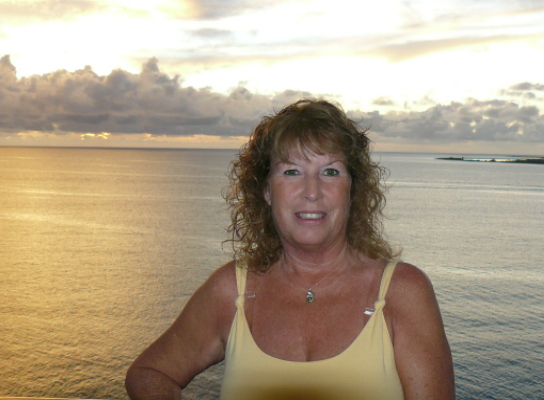 Last week we re-posted a story on our blog by Meagan Friberg of the Paso Robles Daily News. EMS Safety Instructors and founders of the non-profit Ryan J. Clarke CPR Fund for Schools, Mary and Jerry Winokur recently donated an AED (along with EMS Safety and one from private donations raised by the school) to the Paso Robles High School. Mary’s story is a remarkable one: Her son Ryan passed away from Sudden Cardiac Arrest at the young age of thirty. We can’t begin to imagine the Winokur’s pain, or what they went through; but their reaction to Ryan’s death speaks volumes about them as human beings. After Ryan’s death, they set out to prevent as many SCA related deaths as possible. Their proving ground? The same school they and Ryan graduated from. We had the opportunity to ask Mary Winokur five questions, here are her responses.

EMS Safety: How did the AED donation for Paso Robles High School come together?

Mary Winokur:  Paso Robles High School is a public school with approximately 2,200 students. Per the fire department, it has the highest concentration of population on any given day in our county. They had ZERO AEDs. Jerry and I (Ryan J. Clarke CPR Fund for Schools) started our non-profit “career” teaching at Paso Robles High School. It is my alma mater as well as both of my children’s. Jerry taught fifth grade in the district for twenty-three years, so we have a loyalty and connection to the district. I was in a position to donate an AED to the high school this year, and the principal agreed to match my donation by purchasing one through a donation fund that he was in charge of. When I called to order them from Matt, I was told that EMS Safety would be donating one in Ryan’s memory. I was absolutely elated. To date, we have trained and/or certified 6,919 students in CPR/AED county-wide, and 5,700 of them have been certified through EMS Safety. We originally taught courses through the American Red Cross, but after fee hikes, we sought a cost effective alternative without having to sacrifice quality. That’s when we began working with EMS Safety Services, which is now our program of choice. All of this teaching has taken place over the past two years, and we are booked through the end of the year. We have also recruited volunteers to be instructors. Being an Instructor Trainer, I trained them, and they are now actively teaching under a volunteer basis. I am eternally grateful to EMS Safety for all of their help and their generous donation of an AED to Paso Robles High School.

EMS Safety: Why did you decide to focus spreading awareness of sudden cardiac arrest (SCA) within the school system, and why is it important for schools to have access to AEDs?

Mary Winokur: Following the death of my son, I was looking for a way to keep him “alive.” I came up with the idea of going into the schools and teaching CPR/AED free of charge. The schools were extremely receptive, especially to the “free” part. At the suggestion of the Paso Robles High School principal, we started teaching during P.E. and Health class.  Those two classes are mandatory for grades nine and ten in California. The students HAVE to be there, and even if they have an attitude like some teenagers do, they are still seeing CPR and hearing about the AED, they just don’t receive a certification. I had no knowledge of SCA prior to Ryan’s death, but after learning it was the #1 killer in the U.S., it was only logical to teach it, and teach it at an age where the students HAD to attend.

EMS Safety: How long ago did you begin teaching CPR, and have you heard any “save” stories from students?

Mary Winokur:  Our non-profit was formed three months after losing my Ryan in September of 2011.  As for saves, I have heard through the grapevine of around six students who aided a choking victim.  One of the choking victims was on the floor, unconscious and purple. The student was able to clear the airway using chest compressions, and the victim was sitting upright and conscious when medics arrived.  As for CPR/AED, I have not heard of any saves, but I don’t expect to.  Out of all those kids and statistics I have read, a lot of them will put it to use at some point.  I have read that one in seven people will have the “opportunity” to do CPR at some time in their life.

EMS Safety: Where do you see the Ryan CPR Fund for Schools going in the future, and what are your plans for 2014?

Mary Winokur: My hope for the Ryan J. Clarke CPR Fund is to get teachers trained as instructors at every high school so they can teach their own students these skills.  Our non-profit would continue to pay for all certifications and provide all the equipment, materials and supplies necessary to teach a class. I am also hoping that all schools will incorporate this program as part of their normal curriculum. We are currently booked until the end of the 2013-2014 school year.

EMS Safety: Ryan was a Fire Fighter/EMT, what do you think he would say to you about your tireless effort to prevent sudden cardiac arrest?

Mary Winokur: All Ryan ever wanted to do was to fight fires and save lives. I hope he would tell me “good job mom.” I also think he would be in awe of all that has transformed due to his short life. Even in death, he is setting an example and a standard for our community. Due to his age, kids are floored that something like this could possibly happen to them. If it does, their peers are ready to perform. Ryan was a quiet, shy person who always down played his abilities. I am so hoping he is watching from somewhere and thinking, “wow, I did all of this!” I give him all the credit. He is the force that drives me and keeps me going. It is very exhausting teaching ninth graders five days a week, but I know it is the only way to raise the survival rates of SCA. I just want to make him proud and let him know what a valuable human being he was and still is. I think he would be dumbfounded by all the love everyone has for him, and that they are learning these skills for him.